Paul tweeted that he “is feeling fine and is in quarantine.” “Senator Rand Paul has tested positive for COVID-19,” Paul’s account tweeted. “He is feeling fine and is in quarantine. He is asymptomatic and was tested out of an abundance of caution due to his extensive travel and events. He was not aware of any direct contact with any infected person.”

“He expects to be back in the Senate after his quarantine period ends and will continue to work for the people of Kentucky at this difficult time,” the thread continued. “Ten days ago, our D.C. office began operating remotely, hence virtually no staff has had contact with Senator Rand Paul.”

Paul is the third member of Congress to announce a positive test for coronavirus, following Reps. Mario Diaz-Balart, R-Fla., and Ben McAdams, D-Utah. Several Republican lawmakers also self-quarantined earlier this month after learned they had interacted with someone who tested positive for the virus at the Conservative Political Action Conference. President Donald Trump, who attended CPAC and also interacted with multiple people at his Florida resort who later found out they were infected, tested negative for the virus.

In an interview with NBC News, Diaz-Balart said Saturday he is feeling better after a week but said the initial symptoms hit him “like a ton of bricks.” McAdams, meanwhile, told NBC’s “Today” last week that the symptoms “felt like I had a belt around my chest, and so I couldn’t breathe deeply.”

Paul, a libertarian, forced a delay on the Senate’s first coronavirus aid bill by pushing a doomed amendment. He later voted against it.

Paul suffered lung damage as a result of having his ribs broken during an altercation with a neighbor in 2017. Last year, he had part of his lungs removed in surgery. 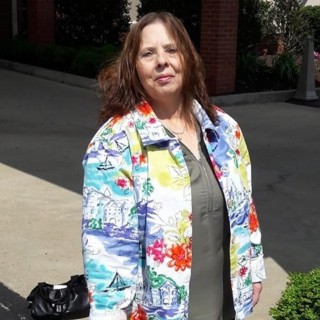 Follow I am living in Kentucky as poor as dirt…but it is still better than any place else, so welcome to KENTUCKY! on WordPress.com
%d bloggers like this: